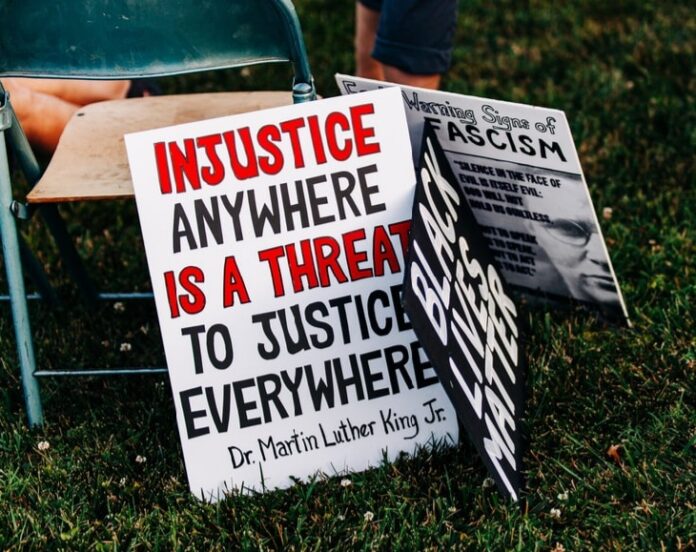 Five years after the Civil War’s end, the Tennessee Constitution was amended to prohibit slavery–but one exception remained:

“That slavery and involuntary servitude, except as a punishment for crime, whereof the party shall have been duly convicted, are forever prohibited in this state,” Article 1, Section 33 of the Constitution still says.
Now, following years of advocacy and near unanimous and bipartisan support from state lawmakers, Tennessee voters will have the chance to vote that exception out.

Amendment 3, which appears on the upcoming November ballot, would replace the Tennessee Constitution’s conditional ban on slavery that has lingered for more than 150 years with unequivocal language that says: “slavery and involuntary servitude are forever prohibited in this State.”

Organizers of the “Vote Yes on 3” campaign say it is long overdue to commemorate the promise of abolition in Tennessee’s foundational legal document.

“We rejected slavery in 1865. Why are we still holding onto the vestiges of a time whose values we no longer hold?” said Theeda Murphy, a chief organizer of the Yes on 3 campaign. “Words matter.”

Nine other state constitutions contain language that prohibit slavery with exceptions for criminal punishments. Six states, including Tennessee, have measures on their ballots this year that would eliminate that language, Murphy said. The others are Vermont, California, Oregon, Alabama and Louisiana.

Tennessee’s constitutional amendment process takes years: A proposed amendment must first pass by a majority in the House and Senate, in  two-year General Assembly, and then pass by at least two-thirds of the vote in the next. The amendment then goes before voters in the next gubernatorial election.

The measure received overwhelming support from Republican and Democratic lawmakers. At the request of the Department of Correction, a second sentence was added: “Nothing in this section shall prohibit an inmate from working when the inmate has been duly convicted of a crime.”

“In this time of divisions, we feel like this is one of those rare things that unite people across party lines,” Murphy said.
The current language in the state Constitution does not mention race, she noted.

“Anyone who is convicted of a crime can be classified as a slave,” she said.

The Yes on 3 campaign launches this weekend to coincide with the Juneteenth holiday commemorating African-American’s freedom from slavery, with events in Chattanooga, Nashville, Memphis, Knoxville, Greenville and Dyersburg.