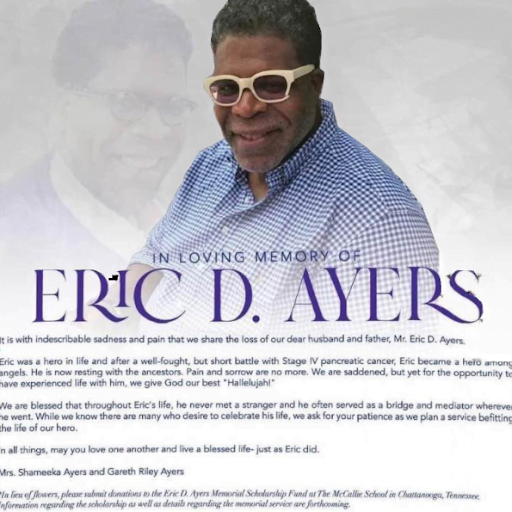 Eric Dwyane Ayers, 58, passed away at his home Friday, June 24th in Atlanta, GA after a short, courageous battle with cancer.  Wife, Shameeka and son, Gareth were by his side.

Eric was a 1981 graduate of McCallie School in Chattanooga, Tennessee and  attended Morehouse College, Atlanta, GA.

He was preceded in death by his father, Berry Lee Ayers, Chattanooga; and grandparents Richard Lee and Sarah Ayers of Triana, AL.