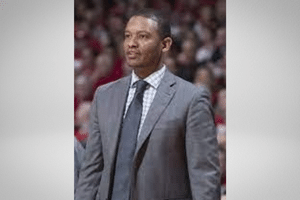 On New Year’s Eve, Friday, December 31 – in their Southern Conference opener, the UTC Mocs men’s basketball team used a well-balanced offensive attack and a dominant defensive effort, in routing the ETSU Buccaneers, their in-state and conference rival, 82-52, in front of a nationally-televised and homecourt (McKenzie Arena) audience. The 30-point victory was UTC’s largest over the Bucs since January 22, 2005.

“If you can do a great and tremendous job defensively, it effects emotions. I think that’s what we were able to do to some of their main guys who are used to getting comfort shots, we made them work really hard to get looks,” said UTC head coach Lamont Paris.

With their January 1st New Year’s Day, conference home game versus the Mercer Bears having been postponed, the Mocs will be back on the court tonight, January 5th, when in SPARTANBURG, S.C., for a 7:00 PM ET, SoCon road game against the Wofford Terriers