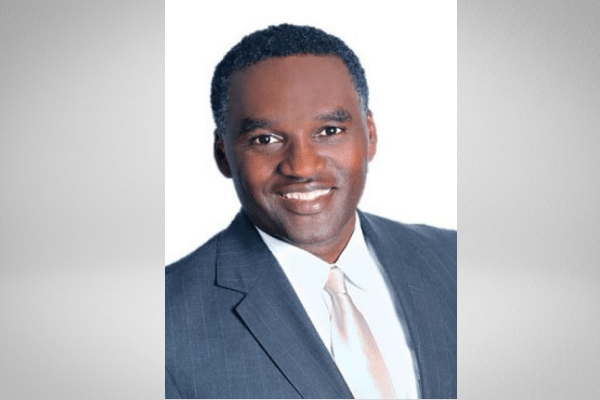 NASHVILLE, Tenn. — The Tennessee Tribune has always celebrated and championed people of courage, those willing to speak truth to power, no matter the situation or individuals involved. That’s why we’ve selected entrepreneur Darrell Freeman our Man of the Year for 2021. Freeman dared to expose hypocrisy and challenge powerful people to do more than pay lip service to issues of diversity and inclusion. He did that during an address at Middle Tennessee State University’s Dec. 8 board of trustees meeting.

The board has supposedly been studying and debating for several months MTSU’s poor record in terms of retaining and graduating students who are Black, low income and/or the first generation in their family to attend college. Freeman, who built a highly successful, extremely profitable technology company Zycron Inc. before selling it for a huge profit, isn’t one of these people who doesn’t put his money where his mouth is. He’s paying for 50 students to attend a key program at MTSU.

During the speech where he made this announcement Freeman also accused university leaders of “turning a blind eye” to racism at the institution. “Serving this board as the only African-American is difficult,” he said.  “I realized that some of you, you don’t care about people of color or poor white people. I’m not saying that you’re racist, but I am saying that you don’t mind turning a blind eye to the racism that exists on this campus. Racism is present in this board room, and on this campus. I felt it 30 years ago when I was a student. Today I feel it as a businessman and a trustee. I’m going to use my name, my reputation and my resources to fight it and expose it.”

He also called on MTSU President Sidney McPhee to “quit downplaying and being a smokescreen for the racism that’s here.” President McPhee’s response was the typical one people in power, and sadly in too many instances Black people supposedly in charge, gave. He claimed Freeman’s comments were “inaccurate and misleading.”

“I don’t want to give the impression that we’re perfect and reached the mountaintop. We know there’s more to be done,” McPhee told the Nashville Business Journal. “I just want to dispel this narrative that nothing is happening, that the university is not committed, the board is not committed — and me personally, as an African-American president, that I am not committed or supportive of initiatives in this area. The evidence will show a different picture altogether.”

Of course, McPhee didn’t cite that evidence. All he issued were meaningless platitudes rather than direct responses to the charges that Freeman made. Freeman also called out MTSU board chair Stephen B. Smith, saying he was trying to use parliamentary procedures “to silence me when I have been speaking up for African-Americans and people of color.” Smith, who also chairs his family’s Brentwood-based business Haury & Smith Contractors Inc., said he could not recall anything specific “where [Freeman] asked for something that he did not receive.”

“Our job is to turn out students who can make a better living,” Smith said. “Our No. 1 goal is to increase our graduation rate,” Smith said. “I’m not aware of racism on our campus. If somebody is, I urge them — we have a hotline and all kinds of ways to report it. I’d encourage anybody, if they know of a specific instance, to give it to us so we can respond.”

The Tribune wonders how many Black MTSU students, past or present, Smith has spoken with to issue such a statement about racial issues at the university. Freeman is both an MTSU undergraduate and master’s degree holder. He’s in touch with how 21st century Black students feel. His words on the subject should be taken far more seriously than those of some distanced businessman.

Meanwhile, here are some facts for McPhee and Smith. The population of Black full-time undergraduates has fallen 23% from fall 2015 compared to fall 2020, a drop of more than 800 students. The falloff is even steeper for Black males who are first-generation students or eligible for federal Pell Grants because they come from low-income families, the Nashville Post has reported. Just 10.5% of Black males who were first-generation students and receiving a Pell Grant graduated within four years of enrolling,

Freeman previously spoke about this issue at the board’s April Meeting, but he’s doing more than just talking about it.

His new financial support will back MTSU’s Scholars Academy, which has existed for the past 15 years. The program brings minority and/or first-generation incoming freshmen on campus two weeks ahead of the school year to better prepare them for college and boost their chances of graduating.

He’s combining his money with matching funds from the board of BlueCross BlueShield of Tennessee. Freeman has said he will spend $100,000 and double the number of students who participated in the summer 2021 version. He will also offer some of them internships at companies in which he’s an investor.

“The goal is for them to feel attached to this university, to feel that they belong,” Freeman added. “The subtle racism, the microaggressions … are not limited to this board room. It’s impacting people of color, [and] poor white people, across this campus.”

Freeman is two-thirds of the way through a six-year term on the board.

The Tennessee Tribune salutes Darrell Freeman as the example of someone with courage and integrity, as well as being willing and able to put his dollars to good use in support of his principles and beliefs. Nashville, indeed the nation as a whole, could use a lot more people like him.