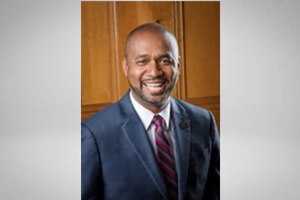 On Feb 1st Mayor Tim Kelly appointed Anthony Byrd as City Court Clerk, saying he has decades of experience.  Byrd served for more than 20 years at the Hamilton County Criminal Court Clerk’s Office before resigning to join the City Council in 2017.

“We’re blessed to have someone of Councilman Byrd’s caliber and experience who is willing to serve in this critical role for our community,” said Mayor Kelly. “He brings not only decades of relevant experience to the position, but has also demonstrated that he cares for our residents and is willing to go the extra mile to ensure our residents get excellent service.”

Councilman Byrd served for more than 20 years at the Hamilton County Criminal Court Clerk’s Office, ultimately resigning from his position in 2017 to join the City Council.

During his time as an elected lawmaker, Byrd chaired the City Council’s Public Safety Committee as well as the Economic and Community Development Committee. He has advocated for public safety reform, and helped to form the city’s Police Advisory and Review Committee as part of those efforts.

“I’m grateful for the opportunity to continue this urgent work on behalf of our community,” Councilman Byrd said. “Serving the residents of District 8 has been the honor of my life, and I’m looking forward to the chance to serve all the residents of every district moving forward as the city implements Mayor Kelly’s One Chattanooga strategy.”

In order to avoid any perceived conflict of interest, Councilman Byrd will not attend any further City Council meetings as an elected official, and will not take part in any votes.

Byrd’s new assignment for the city, will become effective once confirmed by City Council.

The city court handles traffic, parking, and garbage violations and in some instances, animal cases. The clerk runs the office, supports the judges, keeps the records, and collects the fines.

Chairman Henderson also stated in the past the council has specified that the interim agree not to run in the upcoming special election. Currently, there are council members, including Isiah Hester, Demetrus Coonrod, and Ken Smith, who agree the interim should have the right to run in the August election.

Those interested in the interim position can file a letter of interest starting Feb. 16. The interim candidates will be interviewed by the City Council on March 8 and will be able to make three-minute presentations at the 6 p.m. meeting. The council will then make an interim selection.

The application for the District 8 election will open Feb. 17 at the election office through noon on April 7. The voters will then choose the District 8 council person at the already scheduled election in August, 2022.

Read the full resignation letter below: