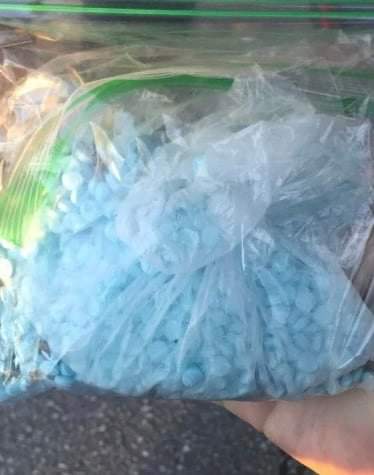 Chattanooga Police Department Narcotics investigators have issued a public safety warning after a recent uptick of overdose deaths that they suspect are related to fentanyl.

A synthetic opioid that is often laced in heroin, fentanyl is a potent pain relief drug that is commonly manufactured and sold illegally.

Since Feb. 1, Chattanooga has seen 10 overdose deaths in what is a part of the nationwide opioid crisis.

“If you have a friend or loved one who is struggling with this, please be mindful of the current environment for opioid users,” Chattanooga Police Department officials said in a statement. “It appears to be particularly dangerous for them right now.”

According to the Centers for Disease Control and Prevention (CDC), deaths in Black communities are largely caused by fentanyl.

CDC research shows that while overdose death rates have increased in every major demographic group in recent years, no group has seen a bigger increase than Black men. As a result, Black men have overtaken White men and are now on par with American Indian or Alaska Native men as the demographic groups most likely to die from overdoses.

Since 2015, the death rate among Black men has more than tripled–rising 213%–while rates among men in every other major racial or ethnic group have increased at a slower pace. The death rate among White men, for example, rose 69% between 2015 and 2020.

Death rates have risen sharply among women, too, especially Black women. The overdose fatality rate among Black women rose 144% between 2015 and 2020, far outpacing the percentage increases among women in every other racial or ethnic group during the same period.

Additionally, while overdose deaths of all races in the U.S. were on the rise long before the outbreak of COVID-19 in March 2020, such fatalities have accelerated during the pandemic, the CDC has noted.

Nationwide, the monthly number of drug overdose deaths had never exceeded 6,500 before March 2020. However, between March and December 2020, there were more than 7,100 such deaths each month–including nearly 9,400 in May 2020 alone.

Experts have pointed to several possible reasons for the increase in overdose deaths, including less access to treatment and a rise in mental health problems associated with the pandemic.