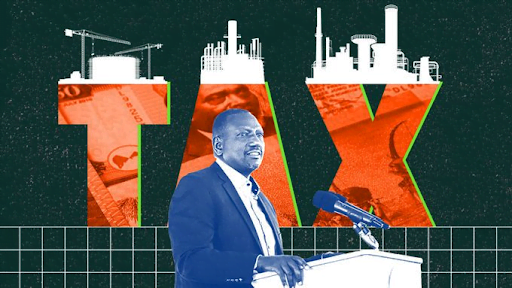 President William Ruto was inaugurated in Nairobi on Tuesday — and won’t enjoy much of a honeymoon. An underdog candidate whose electoral victory survived a challenge in Kenya’s Supreme Court, Ruto now faces a steep national debt and rising inflation. According to research by IC Intelligence, a U.K.-based strategic advisory firm, these pressures may force him to raise taxes and reduce public spending, despite his promise of a “ bottom-up” economic program that would support small and even micro-sized businesses.

Ruto is an unusual figure in Kenyan politics. He did not attend elite schools but grew up barefoot, and sold chickens on the side of the road as a young adult. Today, he’s a wealthy businessman who owns a poultry processing plant and has spent decades in Kenya’s government.

On the campaign trail, Ruto pledged not only to support entrepreneurs but to promote domestic agriculture by cutting imports while also prioritizing housing, healthcare and the environment.

“His pledges — especially those related to universal health, education and social security — will boost productivity over time if effectively implemented, but they will be expensive,” said an analysis by IC Intelligence. The firm noted that tax increases to pay debts and fund new programs would run counter to Ruto’s goals and would “antagonize” his supporters. This puts the new president in a delicate position.

“Kenya is a key pivot state in an increasingly unstable and volatile region,” Satchu told OZY by email. “In that context, I expect the new administration to be able to call on international and bilateral support.”