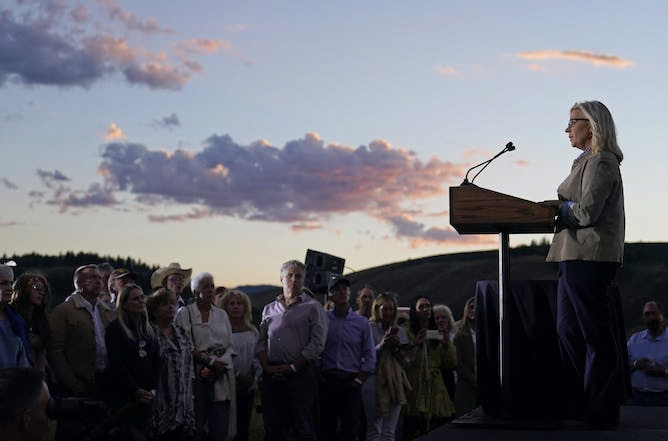 You probably know that Wyoming Rep. Liz Cheney, the GOP’s strongest – and loneliest – Donald Trump critic, lost her reelection bid this week. You probably know it’s because Trump waded into the race, bent on revenge, and endorsed a rival GOP candidate. You may even know that Cheney quoted both Presidents Abraham Lincoln and Ulysses S. Grant in her concession speech.

But what you may not know is how the once-popular Wyoming legislator could be unseated by what political philosopher Robert Talisse describes as a “one-term, twice-impeached and historically unpopular former president” who was able to “catapult an unknown candidate into a massive win over an effective incumbent.”

Talisse, who teaches at Vanderbilt University, offers an elegant lesson in how the public interest can be subverted by partisan identity – an increasing problem in America’s democratic system.

“We assume that voters first determine their interests and then support candidates who will best advance them,” he writes. But this assumption puts things backward: “In today’s hyperpartisan America, political interests are the product of political allegiances – not the other way around.” (The CONVERSATION –Naomi Schalit Senior Editor, Politics + Society)