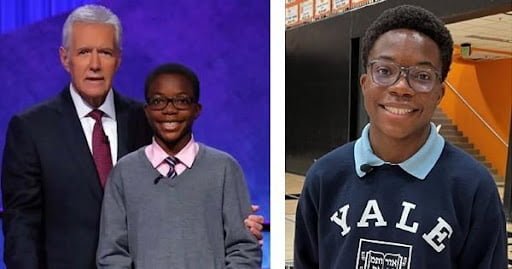 Nationwide — Rotimi Kukoyi, a Nigerian American teen from Hoover, Alabama, has been accepted to more than 15 universities including Yale and Harvard. He also received a total of $2 million in scholarship offers.

Rotimi said he was inspired to strive harder academically after joining the “Jeopardy!” Teen Tournament in 2018. He was still a freshman at that time and he met outstanding students from across the country.

“It was really fun experience but also put me in contact with some pretty cool students from across the country,” Kukoyi said on Good Morning America. “A lot of them are older and they’re like seniors or juniors that applied to many prestigious schools a lot of them are attending prestigious universities now. So that was kind of my original inspiration to apply to those universities.”

Rotimi decided to attend the University of North Carolina at Chapel Hill where he was awarded its prestigious Morehead-Cain Scholarship, the oldest merit scholarship program in the country.

He has plans to pursue a career in public health to help others. His decision was triggered mostly by the things he saw during the COVID-19 pandemic.

“COVID really sparked [my interest in public health] because that was the first time that I really saw how clear the health inequities were,” he said. “African Americans had a much higher chance of dying from COVID than white Americans. It was almost like there were two separate pandemics impacting our nation, and we saw [some people] marginalized and impacted way more.

“I want my legacy to be one that’s focused on impacting other people. I suppose a lot of people in the pursuit of their own goals can kind of forget what it’s all about.”