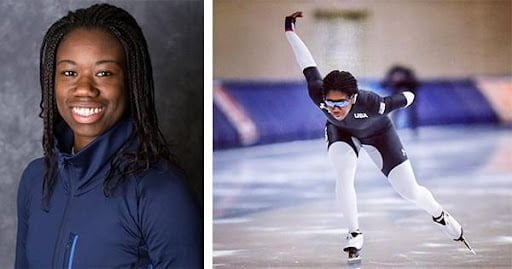 Nationwide — Erin Jackson has made history as the first Black woman ever to win a speedskating medal after bagging the gold medal in the 500-meter speedskating event at the Winter Olympics in Beijing.

The 29-year old skater won the women’s 500 meters at the National Speed Skating Oval with a time of 37.04 seconds, earning the first speedskating medal for the USA in the Beijing Olympics.

“I wish I could describe how I feel, it is amazing,” she said after the race, according to NPR. “This
medal means so much. It has been a tough couple of years and a tough beginning for this year. For this to come around like this, I am so happy.”

Jackson was born and raised in Ocala, Florida. She only started her career on ice in 2016, formerly competing in inline speed skating and roller derby.

Jackson is now only one of the two Black athletes to win speedskating medals at the Olympics, with Shani Davis winning the gold in men’s 1,000 meters and silver in the 1,500 meters in the Olympics in Turin in 2006.