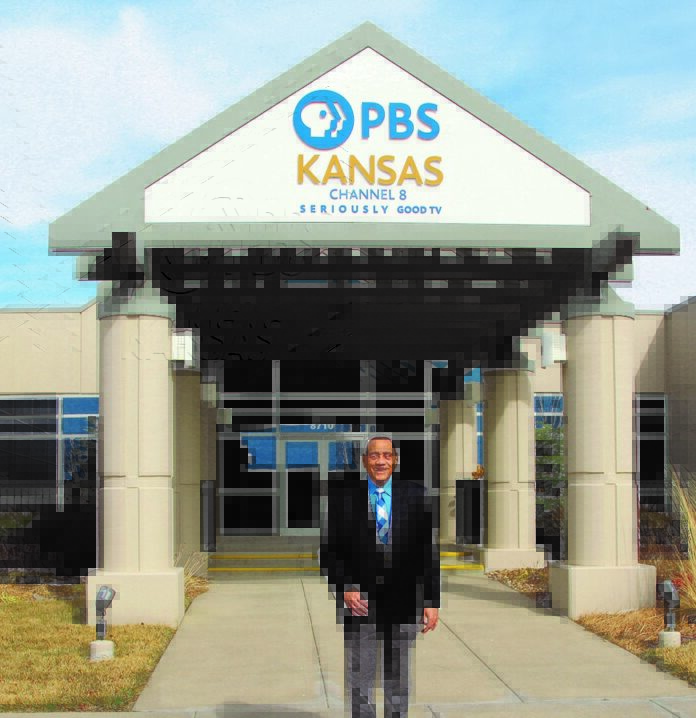 Veteran public television executive Victor Hogstrom said his former “team” in Chattanooga was one of his favorites.

“I was really proud of my team in Chattanooga,” Mr. Hogstrom, PBS Kansas president and CEO, recalled during a phone interview. “Working with them made it one of my favorite jobs.”

Mr. Hogstrom became president and CEO of Chattanooga’s public television station WTCI-TV 45/DT29 in 1991, after eight years as general manager of KIXE-TV in Redding, Calif. His last official day at WTCI was July 29, 2005.

WTCI received three Emmy nominations for local programming and earned the trophy for the 2001 documentary “12 Days in Dayton: The Scopes Monkey Trial” during Mr. Hogstrom’s tenure. And more than a dozen local programs, including “Southern Accents” and “One on One,” were added under his leadership.

In addition to successfully raising funds for WTCI’s daily operating budget, Mr. Hogstrom also raised several million dollars to convert WTCI’s analog signal to the federally-mandated digital. The funds were also used to purchase a new 31,000-square-foot building on Bonnyshire Drive in Chattanooga, to build a newer and taller tower on Signal Mountain, and to purchase state-of-the-art studio equipment.

Community outreach programs, such as Ready to Learn, the Reading Rainbow Young Writers and Illustrators Contest and the WTCI Kids Klub, were also founded under Mr. Hogstrom’s influence.

After beginning in 1973 as a producer/anchor/reporter for KBYU-TV/FM in Provo, Utah, his career progressed to include positions in commercial, cable access and noncommercial stations.

Mr. Hogstrom grew up and received his early education in West Africa. He earned two bachelor’s degrees from Brigham Young University in Provo, Utah–one in mass communications, the other in international relations. His master’s degree also is from BYU in mass communications with a minor in political science. Mr. Hogstrom, who revealed that his road to success hasn’t always been easy, offered words of wisdom to future business leaders.

“First of all, prepare yourself,” he advised. “In addition to that, persevere and don’t give up. Be determined, because there will always be people trying to stab you in the back, especially in the world we live in today. But determination, planning and critical thinking, that opens doors and will get you results.”

From 2005-2008, Mr. Hogstrom served as president and CEO at Kansas City (Missouri) Public Television, and from 2011-2013 as director and general manager at the Utah Public Network.

When a search committee contacted Mr. Hogstrom in 2016, it was the third time PBS Kansas had tried to recruit him as chief executive. During his 27-year public TV career, he had built a reputation as someone who can lead PBS stations out of a financial crisis.

Before arriving in Wichita, Mr. Hogstrom had led three PBS stations through financial turnarounds and overseen construction of new buildings in Chattanooga and Redding, Calif.

“People know me as the turnaround CEO,” Mr. Hogstrom said. “That’s what people call me.”

When Mr. Hogstrom arrived in Wichita in 2016, the PBS Kansas station was operating out of a former auto parts store next to a railroad track, with trains constantly disrupting studio production. The station had borrowed money to make payroll for its 20-member staff, struggled with lackluster fundraising results and wasn’t producing any local programs for its weekly lineup.

Over the past six years, public support for PBS Kansas has more than doubled, to $4.6 million; membership has almost tripled, to 17,820; and nine new local programs have debuted. Six of the new shows are weekly productions.

PBS Kansas also expanded its staff, adding six full-time and two part-time positions, and began producing local programs. One of the first, “One on One with Victor Hogstrom,” borrowed a concept he developed in Chattanooga. The weekly show features his interviews with local politicians, civic leaders and the occasional PBS personality, such as the late Jim Lehrer, a former Wichita resident.

Mr. Hogstrom calls the series an “excellent friend-raiser” that attracts viewers who enjoy learning about people in their community. The average weekly audience for the show ranges from 3,500 to 6,000 households, depending on the featured guests.

In June, PBS Kansas moved into a new $4.5 million headquarters. The 31,000-square-foot building offers two spacious studios, a Children’s Discovery and Education Center that will offer rotating hands-on STEAM (Science, Technology, Engineering, the Arts and Mathematics)-related exhibits and a museum which will showcase the station’s history with displays of archival items such as old equipment, videotapes and photographs.

“I love Chattanooga,” he said. “I still live in Chattanooga. I only work in Wichita.”