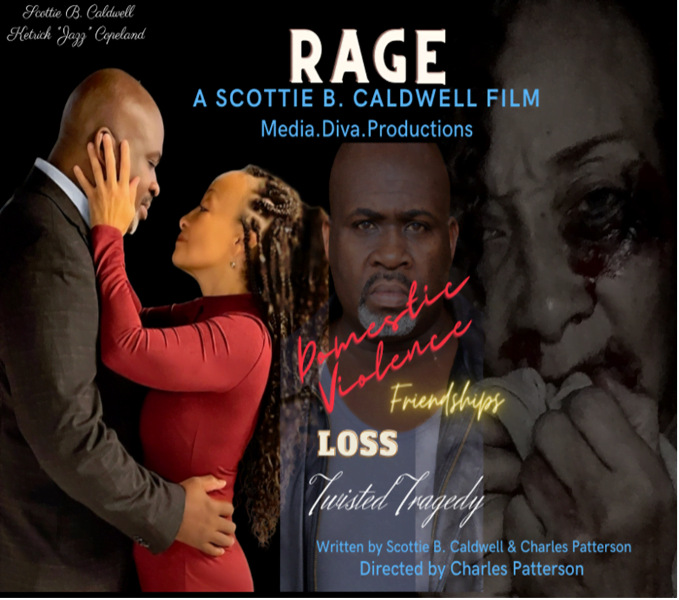 Scottie B. Caldwell is spreading the word about “Domestic Violence Awareness.” The Movie Premiere will take place on Saturday, February 26, 2022, from 5-7 at The Arts Avenue-Southside, 1800 Rossville Avenue, Chattanooga, TN.
RAGE is about a once loving couple, Skye, and Dre. Their marriage became rocky when Skye discovered Dre was abusive and unfaithful. Dre blamed her for not being the type of woman he needed her to be. Skye experiences suicidal thoughts and is taken on a roller coaster ride of emotions.

This is a ticket event and A short film you do not want to miss! *Wearing Masks is encouraged! For Tickets and additional information: caldwell.scottie@yahoo.com