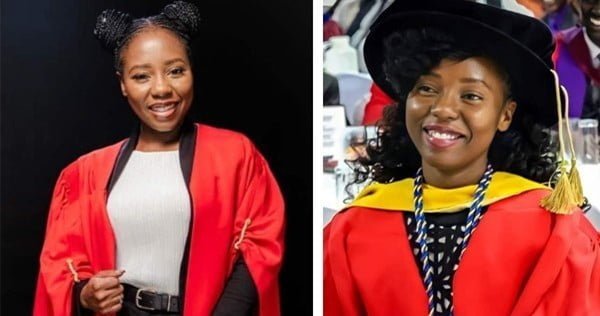 Nationwide — Musawenkosi Donia Saurombe, a Zimbabwe native, made history in 2017 when she became the youngest person on the African continent to earn a PhD at 23 years old. Recently, she broke the glass ceiling again when she became an Associate Professor at the University of Johannesburg.

Musawenkosi, who was raised in Botswana, started taking her Bachelor of Commerce degree from North-West University at the age of 16 and graduated with distinction at the age of 19. She went on to receive her honour’s and master’s degrees from NWU at the ages of 20 and 21, respectively.

Musawenkosi was just 23 years old in 2017 when she obtained her Doctor of Philosophy in Industrial and Organisational Psychology also from NWU.

Since then, she started working in the academic field. She worked as a Postdoctoral Research Fellow at the North-West University from 2017 before she got hired as a Senior Lecturer at the University of the Free State Bloemfontein in 2019.

In 2021, Musawenkosi started working at the University of Johannesburg as a Senior Lecturer. Most recently, Musawenkosi, who is now 29 years old, has been promoted to associate professor at the university.  In a LinkedIn post, her friend Tutu Kgobane celebrated her achievement and wrote, “Congratulations, my sister. The youngest PhD graduate in Africa. She has now been appointed as a professor. Prof Musa! So proud of her.”