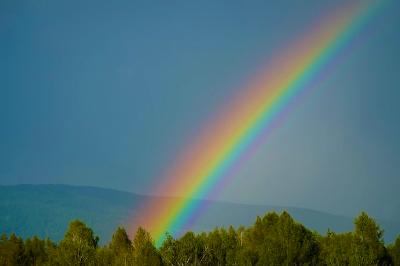 Most who have been in any social setting of late are talking about various conflicts within our culture. Gender, identity, and the family have been reshaped in recent years.

All have opinions. All voice opinions, mostly on social media where the echo chamber of digital friends “like” and validate with little to no pushback.

Yet our opinions are shaping critical decisions, relationships, and institutions based on popularity and acceptance…and little else. Take the issue of gender identity and the response of some who assert that once one identifies as a gender other than their biological sex at birth, “gender-affirming care” should be made available to “transition” that individual.

So, let’s look at science. Almost all cells in one’s body have 23 pairs of chromosomes, except the reproductive cells which unite in conception and carry either an X or a Y chromosome–to determine the gender of a child. In all other cells, either an XX (female) or an XY (male) pair is among the chromosome total of 46. Cellular DNA possesses gender or sex.

The gender-affirming care that assists in the supposed transition does not alter DNA. Instead, it uses chemical and surgical modifiers, such as hormones and surgical changes for removal of sex organs. But genetically, that person is still either XX, a female, or XY, a male.

And, yes, for those who believe in God the Father, His Son and His Spirit, also know that God made humanity in His own Image. As recorded in Genesis 1:27, “So God created mankind in his own image, in the image of God he created them; male and female he created them.”

Sounds like science and sound doctrine are united. Yet culture needs to justify whims.

Relative to the family, the unit has been redefined, replaced by government institutions and nonprofits, and even criticized if founded on principles of authority and respect.

If one takes a view of God’s Word, it’s pretty clear the institution of marriage and the family served the purpose of creating our civilization.

In the Bible, we see, “In the beginning, God…,” but overlook the next step, creating the family. Instead, most want to visit the Biblical Buffet to pick the verses of choosing that yield blessings while ignoring the others that come with the responsibilities that yield those blessings.

Finally, a “bow set in the clouds” back “in the days of Noah” was part of a covenant made between God and man that the earth would not be destroyed again. Yet that seven-colored bow in the covenant made more than 5,000 years ago has been altered to show six colors and taken as the symbol of the lifestyles of the LGBTQIA+ (Lesbian, Gay, Bisexual, Transgender, Queer, Intersexual, Asexual and all other sexual identifiers).

It’s fascinating to see so much established for a godly and good civilization being altered for popularity and cultural acceptance, despite their intended purposes. Hence, we’re really arguing with God. But “as in the days of Noah” sure seems like 2022.