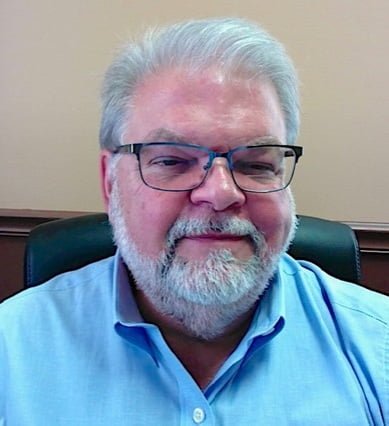 In the wake of the May 24 mass shooting at Robb Elementary School in Texas, someone desperately asked: “Why is this happening?”

I was shocked by the question because to me, as a theologian, the answer is painfully obvious.

American history, culture and social norms are built upon the foundational equation: Violence equals power. Although we often claim the adjective “Christian” as part of our identity and heritage, the love, forgiveness, mercy, peace, and and prioritizing the needs of the “least of those among us” declared by Jesus as signs of God’s Kingdom, are seldom given more than lip service in our actual public life and systems.

Instead, violence is as American as apple pie and certainly more popular.

Historically, our nation was birthed in the violent conquest of territory from the indigenous peoples native to this land. “How the West Was Won” was at the barrel of a gun as the original inhabitants were exterminated as “heathens” and displaced to reservations, and in turn, marginalized out of the benefits of “life, liberty and the pursuit of happiness” reserved for the descendants of the largely northern European intruders.

Economically, our nation prospered and bloomed as a result of abundant and cheap slave labor imported from Africa. Slavery, as practiced within our shores, was not a simple working off a debt or imposing of labor upon another people or group. The practice of slavery in the U.S. evolved into a much crueler and evil model that added torture, murder, rape and other violence into the mix, including denying basic human identity to the enslaved.

The violent enforcement of slavery led to the origin of many of the systems of law enforcement which survive to this day. Their original function was the systematic capture, return and punishment of slaves who had escaped from their “masters” and thus were aimed at providing object lessons to discourage others from pursing their own liberty. This is quite a dramatic contrast to the way we prefer to think of ourselves as “the land of the free and home of the brave.”

When economic profit becomes a higher value than human life, the results are always violent for those without access to wealth. Our worship of the “almighty dollar” has become an art form as well as a religion, and is practiced with much more diligence than any of the words of Jesus.

Jesus’ command to “Love one another” is replaced by a hyper sense of competition, and the goal of life in America is not for all to live well, but for each individual to “win” at all costs.

In our culture, even the theological concepts of redemption and salvation have come to be interpreted in highly individualistic and competitive ways: If you don’t believe the way I do, you obviously are not “saved.”

Within our culture, violence and guns have long been associated with masculinity, manhood and power.  They are marketed in such a way to encourage male egos to imagine themselves to be powerful, and envision guns as tools enhancing their ability to assert themselves over others.

The gun lobby has also accomplished for its business sector what none other has been able to secure: Immunity from liability for the use, effect, or consequence of their products.

If you don’t know why people are fascinated with weapons of power and death, or feel compelled to assert themselves in violent ways, you simply have not been paying attention.

This is who we are. This is the path we have been on and will continue to follow, unless we decide to change.

The Rev. Gordon Myers is a retired pastor in the Evangelical Lutheran Church in America, living in Arlington, Tenn. Throughout his life and ministry he has been active in social service and justice efforts. He currently serves the Poor People’s Campaign A National Call for Moral Revival as Co-Lead for Mobilizing the Mid-South.