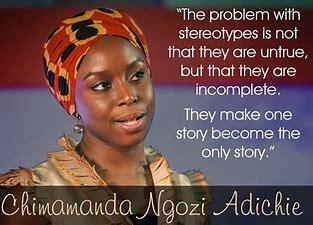 There’s not a day that goes by when I don’t get several annoying messages from scammers promising me millions of bucks once I pay their required “delivery fee.” Am I alone in this experience? Anyway, here’s an abbreviated version of one of the latest:

“Hello dear. I’m Elizabeth from the federal government of Nigeria and contacting you regarding your consignment box worth of $12.5 million. You only need to pay the $50 delivery fee to receive your funds. So, get back to me with your bank account and routing numbers and a copy of your ID card so that we can deliver your funds. God Bless you dear.”

First this advice: When it comes to scams like this, “don’t go for the okey-doke.” Now in case the term “okey-doke” is unfamiliar, it means a trick or scam. So delete those messages immediately.

Back to the above request from “Elizabeth Dear” from Nigeria.

“Drop dead you typical scamming, (cuss word) Nigerian,” is the thought that ran through my head as I broad brushed all Nigerians as scammers. But suddenly I thought about a brilliant Nigerian – repeat, NIGERIAN – novelist and her message about how we all sometimes fall into the trap of “a single story” as I just did with my hair-trigger mental reaction to “Elizabeth dear” purportedly from Nigeria.

“The Danger of a Single Story” is speech by Nigerian novelist Chimamanda Ngozi Adichie. In it she talks about the danger of believing one story instead of acknowledging the complexity of many stories.

As a child, Adichie wrote stories exclusively about white people in Western countries, having only encountered Western literature not realizing that books could depict anything else. It was only when she discovered other writers when she realized how limiting her “single story” had been. At the same time she  admitted to herself that she was not immune to stereotyping.

When Adichie went to college in America, she grappled with her classmates and instructors’ stereotyped ideas about her. She can’t truly blame Westerners, she says, for absorbing the single stories they encounter and offered a personal story as proof. While living in America, Adichie encountered so much anti-immigration rhetoric that the experience of traveling to Mexico and witnessing its diversity surprised her and broadened her perspective.

So, what are the origins of single stories? Although the answer to that question is a complex one, part of the answer is misunderstandings, media portrayals and a basic lack of knowledge. Another part of the answer is “cultural laziness,” an unwillingness to set aside the convenience of stereotypes to individualize others. Instead, we often subconsciously engage in “confirmation bias,” the tendency to look for evidence that confirms the stereotype we hold.

Now it is no stretch in imagination to conjure up single stories about Jews, Christians, Muslims, Asians, gay people, poor people, northerners, southerners, obese people, or even Republicans and Democrats. For example, regarding political parties, I had a single story about Republican Liz Chaney, daughter of former VP Dick Chaney. Until I watched her impressive performance as a member of the congressional committee investigating the January 6, 2021, insurrection, my perspective about her was narrow. Politics aside, I’m now a fan of Liz Chaney although I may disagree with her in some areas.

Single stories also exist in perceptions about businesses and in the field of education. For example, my friend “Terri” who chairs a network that supports minority-owned businesses shared her frustration with the “single stories” she hears about the quality and efficiency of those businesses. Sadly, she says, some customers – yes, some dirty laundry airing here, minority ones too – walk into those establishments looking for evidence to support their “single stories.”

In higher education, the New York Times recently did a series on the explosion of interest by talented Black students in enrolling in HBCU (Historically Black Colleges and Universities) schools, driven in part by wanting to avoid feelings of isolation – and overt acts of racism – on other campuses. Increasingly for those reasons, many turn down acceptance into Ivy League and other elite colleges.

That New York Times and similar articles tend to cite Morehouse and Spellman as the “best” HBCUs. For the record, two of my nephews are Morehouse graduates, and two of my nieces are currently students at Spellman, so I have no bone to pick with those two fine schools.

Does this tendency to highlight certain schools put those not mentioned at a competitive disadvantage in attracting Black students? Humm, something to think about, huh?

Hey, like yours truly, once we’re startled on realizing that we’ve been had by a single story, we’re embarrassed, look for the nearest rock to crawl underneath, and may even reevaluate other single stories we hold from past experiences. And that’s not such a bad thing, is it?

Again folks, now slowly repeat after me; don’t go for the okey-doke from

“Elizabeth dear”… or the single story!