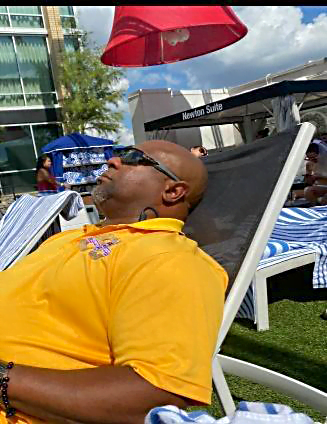 Ever have one of those moments when something comes to you leaving you grappling with, “what do I do with this?” When that happens you’re often left with a gut feeling that there’s something here that may benefit someone if you pass it along. Well, here’s one I got from “Troy” who just celebrated his birthday:

“I’ve officially been walking on this rock for 55 years, met my weight loss goal and developed arthritis in my neck and lower back.

I’ve broken hearts more than I’ve had my heart broken. I’ve had great friends who turned out to be enemies, and enemies who are now great friends. I may have lied a little, drank a bit too much, smoked, dabbled in a little “chemistry,” been in fights, been arrested, shot at, gone to jail, wrecked a few cars, been kicked out of some bad places and welcomed into a few good ones (but I had a praying mother who I owe more than I could ever pay back).

I’ve been betrayed, lied to, reported, fired, disappointed, angered and saddened by family and so-called friends. I have stolen and had things stolen from me. I’ve been beaten over the head with religion, saved too many times to count by His grace, sinned more than I could ever admit here, repented, backslid, shook my fist in anger at God, been on my knees begging for forgiveness and His help, disillusioned by religion (the actions of man) but have remained steadfast in the belief of a designed plan (my spirituality is yet undefined).

I find comfort in darkness but continue to seek light. I do grown man stuff, but deep inside I’m still the comic book nerd with a whimsical imagination. I’ve lusted and been lusted after, been famous and infamous. I’ve hated and been hated, and never truly understood love until a woman stayed by my side as I faced Stage 4 cancer and staring death in the eye, even after I’d pissed her off for the umpteenth time.

I’m the biological father of three amazing, very distinctly different kids, the father-figure to a countless number of kids I’ve coached or mentored over the years. I’ve also been the reason a few (maybe more) young women had to make a difficult life or death decision (for that, I am truly sorry), but also a dad to someone I believed was my biological child, only to find out that he wasn’t.

I’m the guy who stayed on the phone with a suicidal person for seven hours convincing them that they had a reason to live. I’ve had some who have wanted to take my life (including me) that tried and failed (yeah, me and death have gone a few rounds, but I’m still here).

I have a heaping pile of “survivor’s guilt” that occasionally weighs heavy on my heart. So much so that when I hear of someone’s passing, especially from cancer, I sometimes look to the heavens and ask, “Why me? Why did I get saved?”

I’m an introvert hiding in an extrovert’s psyche. There are only two people that truly know and have known me the most. I trust them enough to allow them to figure me out, even though there may not be enough lifetime to actually do it. I’m married to one, and unfortunately, COVID took the other. But I know his spirit visits me, challenges me to listen to my better angels and ignore my worst demons. God help him if he’s actually been assigned as my guardian angel.

I’m a loner but belong to several affiliations. I may seem to conform, but in my own way I’m a maverick, work best when I’m flying by the seat of my pants or find myself in chaos. Yet I tend to like things uncluttered and am a perfectionist about particular things but not all things. My desk is organized chaos.

I love all kinds of music. Even some country. Now that I’m older, bluegrass makes me feel nostalgic (I am a Kentucky-Tennessee hybrid after all). You may just as soon hear me bumping Public Enemy, Prince, AC/DC, or Charlie Daniels.

I have “mommy issues” and “daddy issues,” but I love both my parents, just not the same. I care about my family who I would be there for in a heartbeat if they needed me. Same for my close friends (some of whom don’t know I consider them that). I will become evil incarnate to anyone who hurts my wife or kids. Yet, I’m a harmless little fuzz ball if I and mine are treated well.

If you have managed to get to this point in my birthday flow of consciousness, you have been rewarded with the peeling of a few layers of the onion that is me. Why did I choose to do this? It’s high time for me to stop being so walled in. I need to live and speak my truth more, whatever the consequences. My bride has worked hard for 24 years to make me more comfortable walking in the light, leaving darkness and my old friend, well, in the dark. Thank you for the well wishes already received, and thanks in advance for those yet to come.”

Okay readers, what aspects of “Troy’s” story resonated with you, or someone you know, at some level? Now if you could somehow “rewind your (or their) clock” back, say 20 years, what would you do differently based on what you know now to shape a better result?

© Terry Howard is an award-winning writer and storyteller. He is a contributing writer with the Chattanooga News Chronicle, The American Diversity Report, The Douglas County Sentinel, Blackmarket.com, co-founder of the “26 Tiny Paint Brushes” writers’ guild, recipient of the 2019 Dr. Martin Luther King, Jr. Leadership Award, and third place winner of the 2022 Georgia Press Award.