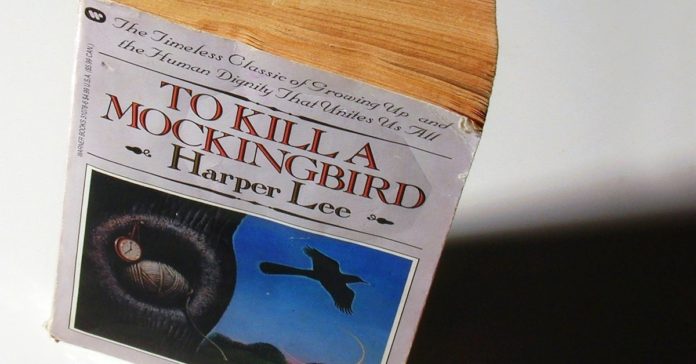 Governor: Because of its content, I plan to ban the teaching of Toni Morrison’s book “Beloved.”

Me: Well, have you read it?

Governor: No, I have not.

Okay, so now they want to ban “To kill a Mockingbird,” The Catcher in the Rye,” “Of Mice and Men,” “Ruby Bridges Goes to School,” and even – now get this – former First Lady Michelle Obama’s best-selling “Becoming” because her book is – Lord help us – “reverse racism,” so sayeth a Texas parent.

Wow, with so many more important things to be concerned about these days (pandemic, Russian aggression, inflation), why on earth are we amid a book banning frenzy?

Well, we’re told by people who probably never opened any of these that the content of these classics makes little Suzie “uncomfortable.”

Now nary a day goes by with more news about governors and school districts banning books, including the award-winning; ones, that create discomfort on the part of young people.

Which takes me to a columnist and column that I wisely decided to hold on to; first because it was so well written and, second, because it struck a chord with me as I think about this book banning madness we find ourselves in the throes of.

The columnist I’m referring to here is Frank Bruni. The column is the one he published last year, the gist of which was his takedown of people who write “tell all” books after they leave an administration. The subject of his ire was former White House press secretary Stephanie Grisham who wrote a scathing memoir but only after she left the administration and inked a book deal.

Well, she is not the only one. For starters there’s a long list of tell-all books by people who served in or were unceremoniously canned and ridiculed by the Trump administration, among them national security advisor John Bolton, political aide Omarosa Manigault, FBI Director James Comey, and lawyer Michael Cohen. Who else have I missed?

However, on the positive side, Sarah Huckabee Sanders has written one and advisor Kelly Ann “alternative facts” Conway has a forthcoming memoir, both of which lavish praise on the former administration.

Look, those tell-all books are tough to put down, so I admit to purchasing the Manigault and Cohen books and was flabbergasted by the alleged sordid details of what took place in the White House. These books and others left me rolling over in laughter as I read about levels of incompetence and baboonery of an administration that would make the Keystone Cops blush.

This takes me to the latest on the list of tell-all books, this time by the attorney general under former President Trump, William “Bill” Barr, and his soon-to-be-released memoir, “One Damn Thing After Another: Memoirs of an Attorney General.” In it he makes critical comments about the ex-president and warns that “Trump is not fit to be a leader and has shown that he has neither the temperament nor persuasive powers to serve as president again.”

Oh, wait! If memory serves me right, this is the same Bill Barr who vigorously defended the former president at every turn and who said glowing things about him while tending his resignation. One wishes that Barr had the courage to express his true feelings much sooner while on the White House payroll. But he did not. And neither did others.

But back to Bruni and the compelling point he makes.

“I did not and will not crack open the cover of Stephanie Grisham’s White House memoir. I refuse to plug it, and no matter how keen your curiosity, you should refuse to buy it. It shouldn’t be rewarded. You can responsibly turn a blind eye and deaf ear to what Grisham has to say.”

“Look, I harbor no issue with those who want to make a few bucks selling books. That’s the way of the world we live in,” said Frank Bruni. “I just find it a bit disingenuous when they write score-settling memoirs when they could have spoken up before they left.”

Like “a deer caught in a headlight,” Grisham, John Bolton, and others masterfully tap-danced when asked during interviews why they remained silent before exiting the White House.

Here’s my modest proposal. With all this talk about banning books on race, sexual orientation, and other books, let us ban books by those who seek to profit by publishing books with shady stuff they knew about at the time yet said nothing.

Short of that, the hope here is that would be publishers would at least require authors to provide evidence that they brought shenanigans and wrong doings to the attention of the administration before heading out the door on the way to the nearest publisher.

Okay, wishful thinking on my part. Book publishers understand that controversy, scandal, and buffoonery boost profits. I get that.

As for yours truly, oh well, I guess I’ll have to find something else to read and laugh about while waiting for my wife to get through the checkout line at Walmart.