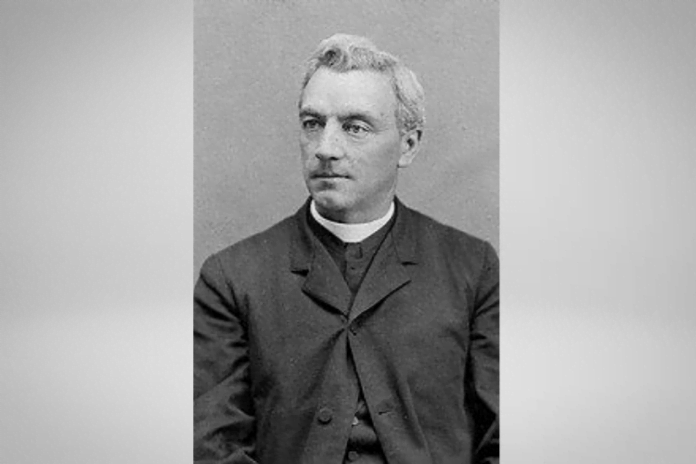 Patrick Francis Healy  (February 27, 1834 – January 10, 1910) was an American Catholic priest and Jesuit who was an influential president of Georgetown University, becoming known as its “second founder”. The university’s flagship building, Healy Hall, bears his name. Though he considered himself and was largely accepted as White, Healy was posthumously recognized as the first Black American to become a Jesuit, earn a Ph.D., and become the president of a predominantly white university.

Healy was born in Georgia to a family that produced many Catholic leaders. His mother was one-eighth Black and his father was a White Irish emigrant. Under Georgia law, Healy’s father technically owned his wife and children as slaves. Healy and his siblings were sent north by their father to be educated, and Healy continued his higher education at the Catholic University of Louvain, where he received his doctorate in philosophy in 1864. He returned to America and started as the chair of philosophy at Georgetown University.

Healy was elected president of Georgetown University in 1873 and appointed rector the following year. Seeking to transform the institution into a modern university, he oversaw a period of growth. He increased the prominence of the sciences, raised the standards of the School of Medicine, and oversaw rapid expansion of the Law School. He also constructed a grand building that became known as Healy Hall, which left the university in substantial debt. In 1882, he went to live with his brother, James, the Bishop of Portland, Maine, and the two traveled extensively throughout Europe. Afterwards, Healy returned to pastoral work in Rhode Island and New York City, before returning to Georgetown, where he died.