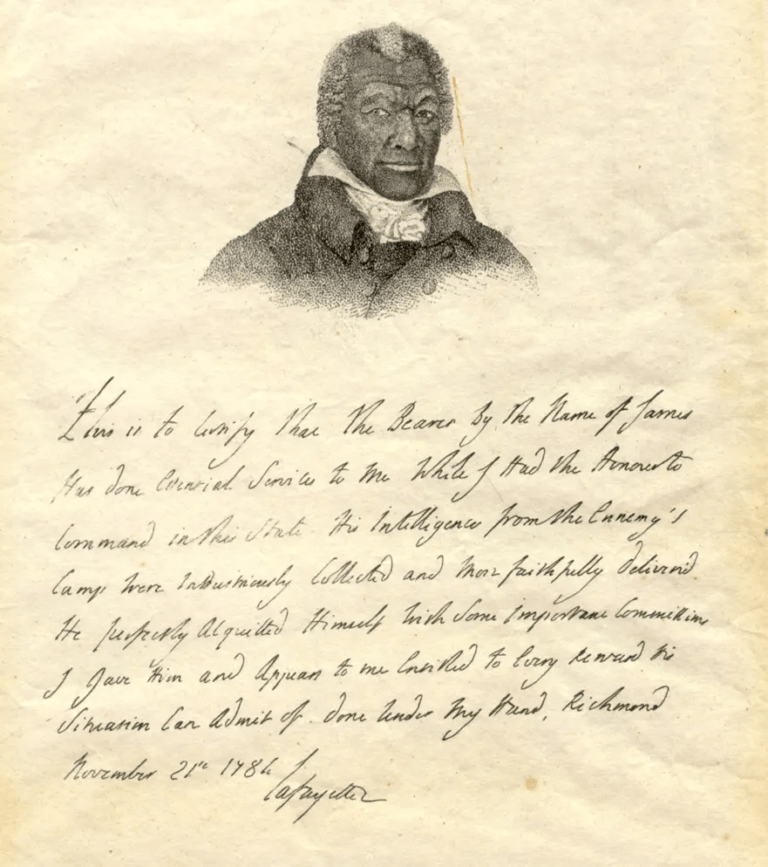 Have you ever heard of the slave who voluntarily enlisted in America’s fight for independence and was a critically valuable spy?

Once independence was declared by the 13 original colonies in 1776, the Revolutionary War was fought until 1783. The battle had commenced in 1775, a year earlier, as British troops stationed in Massachusetts had engaged with militias mobilized in Lexington and Concord.

King George III liked the colonial annexes for taxes collected, the lucrative trade, and British power. But he didn’t tolerate any notion of representative government, as suggested by the Declaration of Independence by advancing the “consent of the governed.”

Economic oppression overwhelmed the colonists. England’s new territories brought rich resources and new reasons to tax their consumption for the Crown. Soaring taxes commenced in 1763 to help England pay its debt and continued for over a decade with no colonial representation within the British government.

In 1770, citizens of Boston (population of 16,000 at the time) fed up with 2,000 British troops roaming their streets enforcing the tax laws, witnessed a brawl escalate to a riot called the Boston Massacre. Economic oppressions, met with colonists’ anger, moved the British government to disarm the colonists.

In this churn of conflict, ordinary men and women stepped up, regardless of station in life, to do their part in establishing these United States of America. One such individual was James Armistead Lafayette.

Born into slavery in 1748, in New Kent, Virginia, James Armistead offered his service during the Revolutionary War. The Continental Army stationed Armistead in 1781 to his post, not as a valet or servant, but as a spy.

Stationed within the allied units from France, which joined the colonists to fight Britain for America’s independence, Armistead was under the command of a young man who volunteered his own services to the Continental Army in 1777 as a 19-year-old. His aristocratic name was shortened to Marquis de Lafayette, yet he grew as one of the closest confidantes of General George Washington, who led America to victory.

Armistead was sent by Lafayette directly into the ranks of the British, posing as a runaway slave who was supposed to be spying on the foes of America. Armistead used his masquerade to feed false information directly to the inner circle of General Charles Cornwallis to trick the British, as well as to freely travel back to his own original camp bringing valuable details.

Critical information provided by Armistead to George Washington and Lafayette of British movements led to victory at the Battle of Yorktown, the turning point of the Revolutionary War. James Armistead’s acts of bravery were very much part of America’s victory to be an independent republic.

Following the Revolutionary War, Armistead petitioned the Virginia General Assembly for his freedom. Upon learning of his effort, Marquis de Lafayette penned a testimonial in gratitude for his faithful service. After receiving his freedom– for which he personally fought and established–James Armistead, in tribute, took the surname of Lafayette which he used until his death.