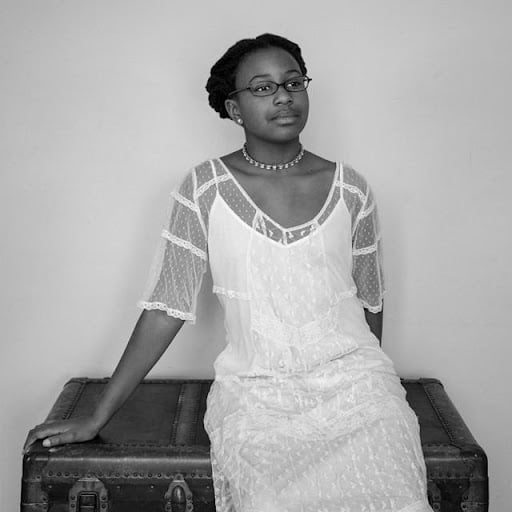 Clara Belle Williams was the first African American to graduate from New Mexico College (now New Mexico State University). Many of her professors would not allow her into the classroom because she was black, so she took notes while standing in the hallway. She received a bachelor- of arts in English in 1937, at age 51, but was not allowed to walk with the graduating class to get her diploma because of segregation laws. Despite all this adversity, she continued her education at the University by going on to take graduate classes.

Williams was a dedicated and gifted teacher that served the black community for over 20 years. She had three children with her husband, Jasper, all three attended college and graduated with medical degrees.

In 1961 New Mexico State University officials began to make amends, after recognizing the school’s injustice toward their first black graduate. The University named a street on campus after Williams and named the Williams family outstanding alumnae of the year. Many years later the English department building was renamed Clara Belle Williams Hall. In 1980 Williams was awarded an honorary doctorate of law degree by New Mexico State University, which apologized for the treatment she was subjected to as a student.

Williams succeeded despite the discrimination and adversity she faced, she persisted.  Clara Belle Williams deserves a place in our history books so that her story can serve as a fierce inspiration for those that follow.